Episode 19: The New Normal. Are You Heading Forward or Back? 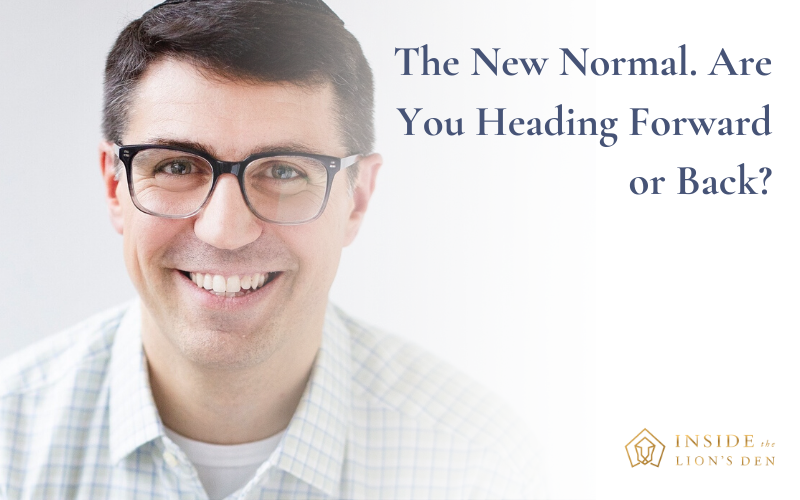 In today’s episode I want to talk about the “new normal”. With everything that’s going on in the world, I hear a lot of people talking about things like:

Don’t misunderstand this. There’s going to continue to be plenty of opportunities out there. But the notion of “quote on quote” going back to normal shows the mistake of the phrase. The phrase “going back” is by definition, the reverse of progress.

In business and in the world, in general. We progress. We move forward.

We will likely have a NEW normal. It make take some time to figure out what exactly that looks like. And this time period has made some major shifts happen. Some things that were already happening have been excelerated tremendously. And other things are just straight up different.

Let’s take a look at a few stats:

Uber’s gross bookings were down 80% in April, then in May purchased Grub Hub. Uber Eats had about 20% of the delivery market. Grub Hub had about 30% of the market. Now they own 50% of the market for the food delivery.

Commercial mortgages are struggling. Delinquency rates rose from 2.3% in April to 7.4% in May. And an additional 8.6% of mortgages are in a 30 day grace period.

Universal studios released the new Trolls movie in April and it went straight to video on demand. In the first 3 weeks, they had roughly $100,000,000 in sales. The original Trolls movie had roughly $150,000,000 in theatres (US). But digitally, they were able to keep 80%. When universals puts out a movie in theatre, they keep about 50%. So they actually end up with the same or a little less money going to theatres.

What changes can you make to help your business grow with the new normal?

© 2019 Inside The Lion's Den Podcast. All rights reserved.